Do I have this right?

I'm a woman and a person and the Supreme Court is saying that my access to health care is less important to protect than the religious views of a corporation that employs me?

Explain to me how a corporation, not being a person, can have religious views in the first place. Is my health care to be determined by the whim's of whoever is on the board of directors at any given time?

Email ThisBlogThis!Share to TwitterShare to FacebookShare to Pinterest
categories: grr

I miss being near somewhere that does it up right. Enjoy it if you've got it!

Today's #dancebreak in honor of Pride: "Is Your Love Big Enough?" by Lianne La Havas followed by "Express Yourself" by Charles Wright & The Watts 103rd Street Rhythm Band. 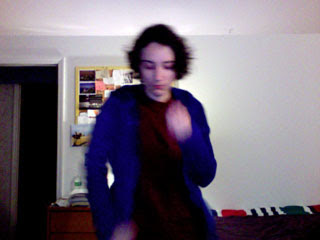 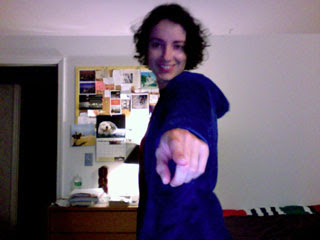 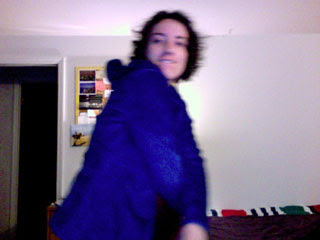 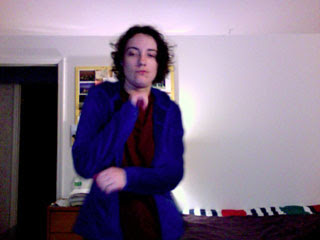 
3 years ago on TTaT: Wonder Woman: Amazons Attack
Posted by Claire at 8:15 PM No comments:

Email ThisBlogThis!Share to TwitterShare to FacebookShare to Pinterest
categories: out and proud, photography

Another Great Day at Sea: Life Aboard the USS George H.W. Bush

39. Another Great Day at Sea: Life Aboard the USS George H.W. Bush by Geoff Dyer


If you're a fan of Dyer's previous works and are wondering what the heck he's doing writing about an aircraft carrier, you're in for a treat.

Another Great Day at Sea is more in the vein of his books Out of Sheer Rage and Yoga for People Who Can't Be Bother to Do It, which means it was right up my alley.

He spent two weeks on the carrier talking to crew members about their various jobs, experiences, and backgrounds. In that sense, the book is a bit less about him than the other titles I mentioned. However, he is still an integral character in the stories. It's his quirky, outsider viewpoint that makes his descriptions of the carrier and life aboard it accessible to non-military readers.

Though I've seen episodes of NCIS that take place on aircraft carriers, it never quite conveys the huge size of the boat and the loudness of the planes landing and taking off.

The chapters are generally just a few pages long, so you could read it in short spurts but I found myself engrossed and wanting to know more.

There was only one chapter that put me off which had nothing to do with the writing but rather the injustice in the story relayed to Dyer.


If a recruiter entices you to join the military by saying the Navy will pay off your college loans, be sure you see that in writing before you agree or sign anything.

Navy Recruiters, that bait and switch tactic is disgraceful whether due to your error or laziness. You should keep your promises instead of insuring someone is indentured to you.

I'm rooting for you, Leesa Zilempe.

And Geoff Dyer, I hope you at least followed up with the person you did know at Chez Panisse on her behalf. Just admitting you overstated your connection doesn't cut it.

This week, I added my new design Abstract Blue Polygons to my shop.

Created Abstract Teal Polygons design and started adding it to my shop. It should start showing up in another day or so.

Watched Worth It: Negotiation for Creatives with Ted Leonhardt on creative LIVE.


3 years ago on TTaT: Goats in the wild

Looking out and there's still a hint of blue to be seen through the trees. Ah, summer.


Two years ago on TTaT: This Is How
Posted by Claire at 9:03 PM No comments:

Creativity, Inc.: Overcoming the Unseen Forces That Stand in the Way of True Inspiration

38. Creativity, Inc.: Overcoming the Unseen Forces That Stand in the Way of True Inspiration by Ed Catmull


I really enjoyed this book on multiple levels. If you are interested in computer animation, Pixar, fostering creativity in your work environment, business management, how to engage and be part of a creative team, then this book has something for you.

Ed Catmull, president of Pixar Animation and Disney Animation, shares the evolution of Pixar from part of Lucasfilm to computer hardware purveyor to the animation studio it is today. He shares lots of behind the scenes stories about Pixar: how their films are developed, how they faced and solved numerous potential disasters, how failure isn't evil but rather part of the process, the importance of candor in feedback.

Creating and successfully maintaining a creative work culture is an ongoing endeavor and I completely respect his continued commitment to it.

A great resource for managers and people who work in creative teams and a fun look behind the curtain of Pixar and Disney animation as well.

Posted by Claire at 9:26 PM No comments:

Email ThisBlogThis!Share to TwitterShare to FacebookShare to Pinterest
categories: books, film and tv, life of art

Went to a botanical garden featuring an exhibit of mostly kinetic sculptures which were very cool. Shot a couple hundred photographs.

Created an abstract geometric pattern that I think is done. There's one line that looks a little jaggy onscreen which is driving me crazy because it's a shape layer and thus should not be jaggy. And it prints as it should, smooth, so I may just forge ahead. Unless anyone has any ideas for how to fix it in Photoshop? Dave2 perhaps? There are no extra path points, it's just at a very steep angle. Grr. (Yes, I should probably be working in Illustrator, but I don't have it.)

Otherwise, the usual online promotional stuff and that's pretty much it for this week's life of art.

I'm looking to burst out swinging next week though!


This is my kind of food book. It talks about eating healthier by focusing on real instead of processed foods without focusing on diet deprivation methods. Rose uses her neuroscience background to explain why relying on willpower doesn't work for dieters.

Use your willpower to build better habits instead.

Read the footnotes: they are a mix of funny and informative.

Watch out for the end of chapter 7, "Zen and the Art of Mindful Eating" if you are not currently grossed out by certain food's textures. She relays associations people have told her about foods over the years that I didn't have that grossed me out. I will try to scrub those from my consciousness. Don't say I didn't warn you.

Other than that, I really enjoyed the book and it's approach to building a better "healthstyle."

Have I gone all in? No, not yet, but I'm getting more mindful of my eating, focusing on "bright spots" where I'm already doing things right which I can do better, recognizing patterns in my eating.

My favorite thing about the book is the core principle that life should be awesome. Sometimes cake or dessert or a fantastic rich meal is worth eating. It's a matter of figuring out which indulgences are worth it to you and recognizing the hidden indulgences of foods pumped full of sugar and salt that are so prevalent in the US.

Shot 90 photographs. This no doubt accounts for the fact that I feel like I got more done this week than I perhaps did.

Finished creating Guitar Picks as appropriate for my designs:


A year ago on TTaT: A Decade of Movies and Outings
Posted by Claire at 12:01 AM No comments:

It's been a week of upheaval. Makes me want to get rid of 20% of my stuff so I'll never have to move it again. *sigh* Lots of impediments to work (fingers crossed that all my car needs is a new battery), but I still managed to get some things done, so I'll deem the week a success.

Created a Faux Brushed Metal with Groove design. (OK, yes, technically I did this last week but didn't have links yet to share.)

Faux Brushed Metal with Groove 3 Ring Binders by RocklawnArts
Look at other Metallic Binders at zazzle.com

Added my photographs and started adding my designs to new Guitar Picks which are available in two styles:

Have you backed up your data recently?


Two years ago on TTaT: Swallows and Amazons
Posted by Claire at 12:01 AM No comments: