Ever more skeptical of old-timers

The other night Dave2 and Sizzle saw 81 year old Etta James in concert. During President Obama's inauguration ball, I did actually wonder where Miss James was when Beyonce performed Etta's largest hit "At Last." Apparently Etta James was pretty pissed about not being there and said so quite colorfully during her concert. At least they said her singing was as amazing as ever.

Still, that wasn't the most noteworthy aspect of the evening for Dave2 and Sizzle. Both came away visually traumatized. Click through to read their accounts; secondhand won't do them justice.

Their experience is pretty much the final coffin nail to any desire I might have to see an old legendary musician in concert. See, my first date was to a Ray Charles concert. A bit of web research says he was barely 58 at the time, but a lot of hard living made him seem a lot older.

My date's parents and my dad both volunteered as ushers at the venue to enjoy its classical fare. Old rock bands and performers would make up the stray "popular music" concerts of the summer. Think Moody Blues, the Beach Boys, and James Taylor. (If I hadn't been with stubborn friends for James Taylor, I totally would've scalped my ticket. While we were waiting in line to get in, I was offered $120 for my $20 lawn ticket.)

My parents dropped us off and the comp tickets his parents had scored for us got us into the grounds. When we got to the shed--the roofed part of the venue with seating--the usher pointed out that the tickets we had were for the wrong date. His parents were ushering that evening, so we found them and they found us some empty seats.

He was THREE HOURS LATE! That's a helluva long time to come up with first date ever chitchat. We were friends, so I think it was mostly fine, but c'mon, three hours? When Ray Charles finally arrived, he didn't apologize for being late and his singing was horribly off-key. He performed for half an hour and left, no encore. I'm SOOO glad we didn't pay for that.


A year ago on TTaT: Thirty Year Old Jock-Thug
Posted by Claire at 2:17 PM 6 comments: 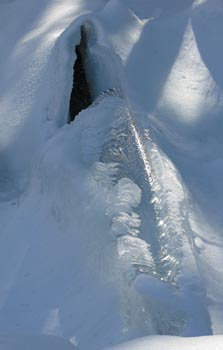 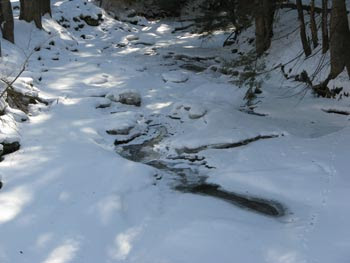 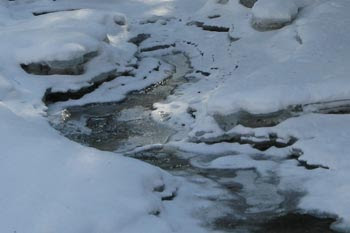 A year ago on TTaT: Habits are not always glitch free
Posted by Claire at 7:02 AM No comments:

Our own Mt. Fuji 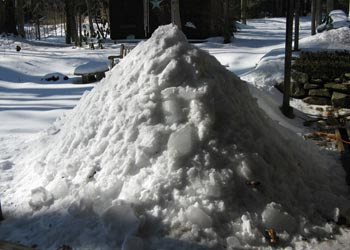 3 years ago on TTaT: Either I've still got it, or I should be insulted
Posted by Claire at 2:23 PM 2 comments:

Year of the Ox

Well, I guess it's my year.

I wrote this Sunday, but had to shelve it a few days while blogger was being wonky. (My feed reader was out of commission too, so I'm a couple days behind on my reading.)

Upon reaching my deadline last week, my brain shut off. Where I had been motivated and driven, I now find it hard to wake up. So easily my brain shifts to sleep mode, a luxurious hibernation. This really bummed me out yesterday, so I focused on a few mundane things I could accomplish: shaving my legs, some much needed cleaning. Later on I read another section of a huge archaeology book I started a year and half ago or so, and yet later I started rereading a book I'd been thinking of in recent months for inspiration, one that assures me that a short story can in fact be really short and still worth publishing.

I was kind of dreading the idea that I always have to have a deadline to move forward, but today I think I'm allowed a chance to recharge, to seek out that which inspires me and to be open to that which might. Exposure to the new is also good.

About a year ago, I read Eve Ensler's The Good Body, but only today got around to listening to her reading and talk concerning it at the 92nd Street Y in NYC. So good. The recording is a few years old, but it's available for free on iTunes. Just search "Eve Ensler" and it will come up under the name, "92Y: Eve Ensler."

There's a lot of good stuff for free on iTunes, well worth a browse.

Now I think I'll read another section of my archaeology book.

What do you do to recharge? What inspires you? Motivates you?

Since this is the first moment blogger has let me log in since Saturday, the I-made-it sentiment has taken on dual meanings. It would figure it'd get wonky just when I felt like posting more.

More importantly, of course, I survived the Bush regime. There were times during those 8 years that I was quite depressed and hearing about Bush's latest antics sometimes felt like the last straw. Moving abroad sometimes felt like the answer, but then I'd think to myself, If I leave, how will things ever change for the better here? I also remember in a fit of anger--undoubtedly in November 2004--coming to the conclusion that as down as I might ever get, I could and would outlast Bush's time in office.

I did, and for my perseverance I got to see something amazing yesterday. Granted, I would've preferred less god and more country in the speeches, and in future, I will try to remember that C-Span has better coverage of the inaugural parade than ABC and CNN. Overall though, I felt hopeful in a way that no previous president in my lifetime has inspired.

Love that you went white tie for the balls.


2 years ago on TTaT: I really do hate chainsaws
Posted by Claire at 8:16 PM 2 comments:

And again, and again. Storms 'bout every other day this past week.

If it must be so very cold outside, I reckon I'd just as soon it be beautiful too.

So long's the snow's more fluffy than heavy.


2 years ago on TTaT: To Memorize
Posted by Claire at 2:59 PM No comments:

You can take your farewell and shove it

You couldn't make your address to the nation last night when nothing's on anymore?

No, you had to twist that knife just one more time and throw off tv schedules all night.

This is going to wreak some havoc on my taping this evening. Why must everything air opposite everything else on Thursday night?

Email ThisBlogThis!Share to TwitterShare to FacebookShare to Pinterest
categories: film and tv, grr

...and out of my hands. With 2.5 days to spare. Whoever thought of making deadlines postmark-deadlines was a genius. Now I just have to wait four months to see if anything comes of it.

But in the spirit of my 2009 theme, Begin Anyway, I won't just wait around, I'll move on to the next things. I know what some of them are and have ideas about others. As much as I dislike filling out applications for anything, working on this one had me scrutinizing the nature of my creativity, pondering which medium is my best and which I'm most passionate about. Also discovering that one of the films I shot was shown at the Kennedy Center and at Cannes (though probably in some dodgy capacity for the latter) was pretty damn cool.

For the moment though, I think I've earned some Rock Band 2 and Lego Batman.

From what I've seen around the internets lately, it looks like National De-Lurking Week got moved up, so I missed it while I was hard at applyin'. Who really keeps track of the dates of these things though, right? I'm celebrating it this week, so if you've been lurking (as my stats imply you have), please leave a comment. No need to be shy! People who've commented before are encouraged to participate too.

2 years ago on TTaT: Pollocks in Nature
Posted by Claire at 4:17 PM 4 comments:

Before I address my theme for 2009, I want to back up to December 2008. I discovered something unexpected last month. Despite the fact that I hate asking anyone for anything (aside from familial gift givers around my bday or xmas), I asked 3 people for help. It was out of necessity, and I wasn't sure any of them would say yes; one was an absolute long shot.

But they did. They all said yes.

Fear of rejection or condescension can become so constraining that making even the smallest request becomes an ordeal. The experience highlighted the illogical weight I attribute to asking for help. Have more faith, kid.

And now to themes:
2007 was Engage
2008 was The Sleeper Must Awaken
and 2009's guiding philosophy: Begin anyway

I know it sounds similar to 2008's. I could easily use Engage or The Sleeper Must Awaken again; I made progress with each, but I want a principle that will give me a new approach this year.

I have a tendency of late to wait for certain conditions before embarking on... whatever. I wait for inspiration before I write, paint, build. I wait for certain things to fall into place before I move which is not without wisdom based on my experiences, but the falling into place isn't going to happen of its own accord. I wait to be in the mood to play guitar, write songs, exercise.

Sometimes waiting is unavoidable, but I need to keep setting up opportunities while I wait for others to come through.


3 years ago on TTaT: Fallen snow, The Favorites
Posted by Claire at 9:49 PM 9 comments:

Email ThisBlogThis!Share to TwitterShare to FacebookShare to Pinterest
categories: film and tv, musings

Note to self, vol. XV

Don't go for the last drop.

Last night while watching tv, I wanted that final water drop from my glass. It was stuck to the side so I gently tapped the base of the glass while holding it over my open mouth. The drop didn't move. Then I tapped a bit harder.

Whacked the edge of the glass into the bridge of my nose hard enough that it stung. Didn't notice till I was getting ready for bed that I had a small red mark from the smack. Still there today.

I suppose the corollary to Note to self, vol. XV would be: If in a moment of distraction and clumsiness you bang your nose with the edge of a drinking vessel, put some ice on it.