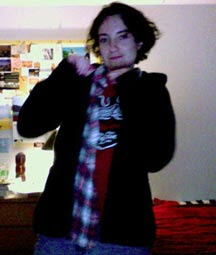 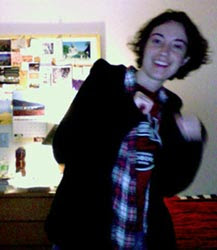 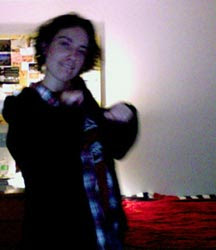 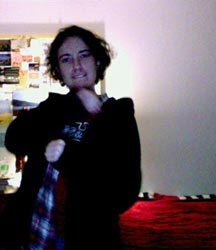 I was feeling motivated to work when I noticed it was 1:07 AM. In theory, my new rule is shut off the computer by 1 AM so I don't stay up so late screwing around. It's an adjustment and some days I'm better about it than others. It's not so much a rule anymore as a guideline. If I'm going to be productive, then OK.

I was grooving out to some music, so I decided to take a quick late night groove series before getting down to work. No complicated setup or lighting, just the auto four-shot in Photo Booth. My first take came out so well I decided to post it.

And here we are. Um, so much for the work. Probably just as well as the high energy feeling didn't last that long.


Two years ago on TTaT: Better Living Through Death
Posted by Claire at 2:02 AM